Slovnaft Polska S.A., with its registered office in Kraków, has been operating in southern Poland since 1997 and is 100% owned by Slovnaft a.s. with its registered office in Bratislava. The core business of our Company is wholesale trade in liquid fuels, including import, storage and sale of high-quality motor fuels produced by the MOL Group refineries. The fuels imported to Poland come from the Slovnaft Bratislava and MOL Szazhalombatta refineries, which are among the most modern in Europe. Direct deliveries from the two refineries are made by rail, and fuels are stored in fuel terminals in the south of Poland. Slovnaft Polska is not limited only to the role of a fuel supplier. Our goal is to establish permanent partner relationships with wholesale customers, especially those who have a vision of development and want to increase their potential together with us and thus be a step ahead of the competition. We are the originator of the Slovnaft Partner project, which was launched in 2006 and is gaining more and more reputation and trust of our Partners. 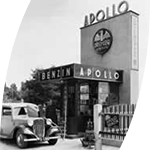 MOL Group is an international fuel group established in the capital of Hungary – Budapest. The Group has been developing dynamically for more than 100 years and is present in 30 countries. It consists of almost 2000 fuel stations located in 10 countries. The aim of the Group is to deliver 10 million high-quality products, services and solutions to the customers in order to meet their future needs.

MOL Group has over 80 years of experience in oil exploration and extraction. At present, it has oil and gas deposits in 13 countries, and in 8 of them, it conducts mining operations. The main region where MOL Group operates is Central and Eastern Europe, but the Group also operates in the territory of the Commonwealth of Independent States, in the Near East, Africa and Pakistan.

The refining branch of the MOL Group operates four refineries and two petrochemical plants. It covers various activities, which form part of an integrated value chain, transforming crude oil into a number of refined products that are supplied and sold for own use, industry and transport. These products include, among others, petrol, diesel, heating oil, aviation fuels, lubricants, bitumen, sulphur and liquid gas (LPG).

In addition, the MOL Group manufactures and sells petrochemical products worldwide, taking a leading position in the petrochemical sector in the region of Central and Eastern Europe.

What would you like to do with the document?